Facility developed with sustainability at heart 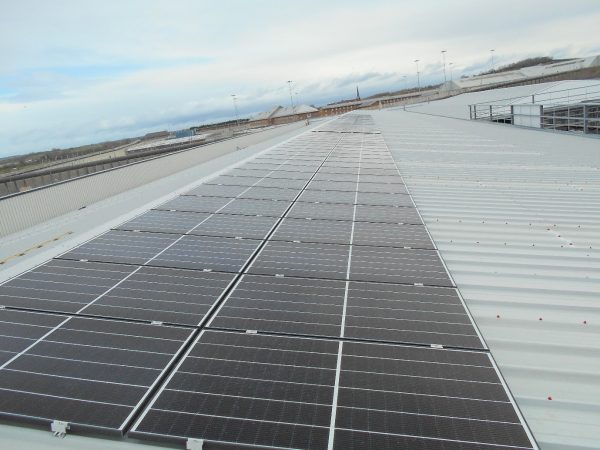 Solar panels fitted to one of the warehouses at Unipart Logistics’ Honeybourne site in Worcestershire are expected to generate around 46,000 kWh of energy per year.

The solar panels fitted to the roof of the 80,000 square feet warehouse produce enough energy to run it, as well as feed electricity back into the grid. The whole facility has been developed with sustainability at its heart, using 100% renewable energy, and has a zero rated carbon footprint for energy usage.

An upgrade programme also continues with the facility’s LED lighting, with future planning set to install even more solar panels to further power needs in other areas of the site.

The panels operate under a Photovoltaic System which uses daylight to generate electric power. A PV cell consists of two or more thin layers of semiconducting material, most commonly silicon.

When the silicon is exposed to light, electrical charges are generated and conducted away by metal contacts as direct current (DC).

The electrical output from a single cell is small, so multiple cells are connected and encapsulated (usually behind glass) to form a module (or panel). The DC electricity is then converted to AC electricity by the inverters which supply the electricity into the distribution board to be used on site or exported to the grid.