September 2022 – Unipart people have a long history of raising money to support many local and national causes.

And this year Unipart Group has invited colleagues, teams and sites around the world to come together as part of Unipart’s BIG Charity Challenge in a focus on engagement, having fun and raising money for charities chosen by Unipart colleagues.

Between 3-14 October teams will be organising fundraising activities and events to support Alzheimer’s Society and Macmillan, the two charities chosen by Unipart people. The remaining one third of the funds raised will be shared between Unipart sites for teams to choose a local cause of their choice to also benefit. 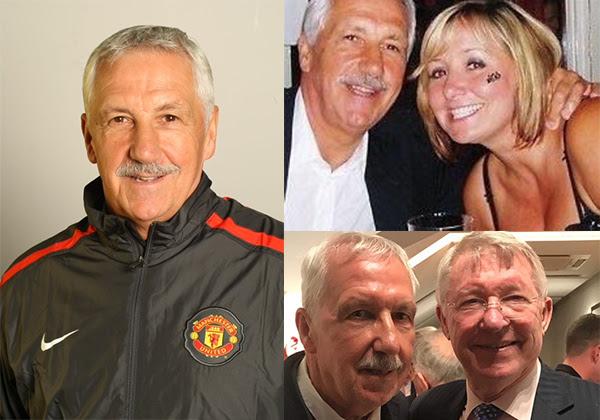 On World Alzheimer’s Day (21 September), Lara Watson, Future Resourcing Specialist in the Unipart Logistics NHS Supply Chain contract, shared her experience of supporting her Dad after his mixed dementia (including Alzheimer’s and Parkinson’s) diagnosis in 2017 at the age of 71.

“My dad started working for Manchester United after they noticed his skills in finding local young talent whilst managing a local conference league club – Nuneaton Borough This started a 30-year career, starting as a Midland Scout and ultimately becoming the club’s Chief Recruitment Manager across the world and a close confidant to Alex Ferguson.”

“Like many of his generation, my Dad lived with signs of his illness, which he hid from his friends and family for many years. As his symptoms gradually became worse, Manchester United were really supportive and did everything they could to keep him in work, but eventually he had no choice but to retire.”

“After his retirement, we were able to get a proper diagnosis and did everything we could to care for him at home. However, by 2019 he needed 24-hour care in a specialist home for dementia and Alzheimer’s. The support the Alzheimer’s Society and Dementia UK provided was invaluable after his diagnosis. We were able to pull on their resources and advice at every turn, especially when choosing Dad’s care plan to ensure he could maintain his dignity and quality of life.”

“Unfortunately, Dad contracted Covid-19 in March 2020 and, after spending 11 weeks fighting this terrible disease, he lost his life due to his underlying health conditions. My family and I are very keen on raising money for both charities that helped my Dad, who also gave money to them before he passed away.”

You can support by donating to the Big Charity Challenge Giving page using debit card, credit card or paypal.

Please leave a “message of support” against your donation so we can see who is contributing to this year’s challenge.